What to bear in mind when it comes to the security levels.

The security level or resistance grade that a gun safe is expected to demonstrate in order to comply with statutory requirements is dictated by the number and type of the weapons and ammunition to be stored within the gun safe. In addition to the legal requirements that you can find on our Weapons Act page, there are also a number of additional aspects that must be taken into consideration when selecting a security level for your gun safe.

The German Weapons Act stipulates that certain weapons must be stored in a gun safe that complies with resistance grade N (0) according to EN 1143-1 as a minimum. Gun safes with security level B according to VDMA 24992 are also legally recognised as being equivalent in this regard.

In addition, building regulation VDMA 24992 (which forms the basis of gun safes manufactured with security levels A and B) was already withdrawn by the German Mechanical Engineering Industry Association (VDMA) as of December 31, 2003, as it no longer complied with the current state of the art. For more information, take a look at the VDMA press release from 30 June, 2003, which is also available in the ESSA press archives.

Dealing with the authorities

In concrete terms, the withdrawal of building regulation VDMA 24992 means that the compliance of gun safes with security level A or B is no longer monitored by the VDMA. At HARTMANN TRESORE, however, we can confirm that our A and B gun safes comply with building regulation VDMA 24992 as part of our own declaration of conformity. Even then, you should take extra care if offered a particularly low-priced gun safe in Class A or B, as the lack of monitoring could mean you end up with a model that no longer complies with the quality of correctly manufactured gun safes with security level A or B! This can prove particularly problematic in the case of gun safes, as the owner of the weapons is responsible for demonstrating to the authorities that their weapon storage facility is compliant with legal requirements.

With this in mind, we recommend that you contact the responsible authority before making your purchase to find out whether security levels A and B are still recognised when buying a new gun safe. This is generally an issue for the responsible local authorities rather than a national body. 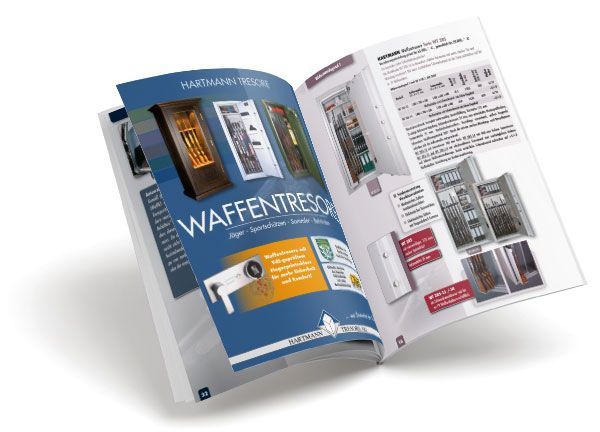 Our gun safe catalogue features a large selection of tested and certified gun safes in all legally approved security levels and resistance grades.

We will gladly advise you immediately & free of charge:

Give us a call!