A quality safe will always stand out for offering anti-burglary protection that has been tested by recognised, independent institutions. Safe-testing institutions can be found in all European countries, which go about their work based on mutually agreed European standards. In Germany, for example, safe tests are carried out by VdS Schadenverhütung GmbH, a 100% subsidiary of the German Insurance Association (also known as the ‘Gesamtverband der Deutschen Versicherungswirtschaft’). These tests involve the inspector using all types of tools to try and “crack” the safe. In the case of fireproof safes, there are also relevant tests for fire protection. The best-known fire test is carried out by Braunschweig University of Technology’s material testing institute. 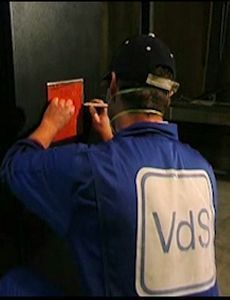 The safe test carried out by VdS Schadenverhütung (formerly known as the ‘Verband der Schadenversicherer’) is one of the most recognised testing procedures for safes in the world. The VdS test is based on standards VdS 2450 (strongboxes and strongrooms) and VdS 2528 (deposit systems), which are in turn based on European standards EN 1143-1 and EN 1143-2. This ensures that the results achieved as part of this test are comparable with those of other European testing institutes.

To ensure the safe tests always remain comparable, the testing methods used by the VdS are closely regulated but by no means static: The test is constantly adapted in line with advances in technology (including the use of better tools) and taking changing approaches of burglars into consideration. The tests are carried out using all mechanical, electrical and thermal tools that unauthorised parties could feasibly use to crack open a safe, such as sledgehammers, drills, angle grinders and flame cutters. The testing institute maintains the strictest confidentiality with regard to some of the special tools used for the VdS tests to prevent potential imitations. 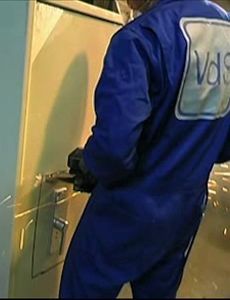 When evaluating the results of the safe test, both the tools used and the length of time a safe managed to withstand the testing have a role to play. The resistance of a safe against burglary is indicated by the “Resistance Unit”, or RU for short. An RU specifies the degree of resistance after using a tool for one minute with a tool coefficient of 1 and a basic value of 0. This is used to calculate the resistance grade of the safe on the basis of a defined formula. This resistance grade, which was determined in the VdS test, is then documented on a sticker and attached to the inside of the safe.

The results of the burglary test not only serve to help our customers make a decision when purchasing a safe, but the VdS test is also particularly important to the insurance industry, as the maximum insurance amounts for the valuables stored inside are determined by the safe’s resistance grade.
To take a look at the VdS test in action, take a look at our company video!

The Braunschweig test by the material testing institute

Just like in the well-known Braunschweig test, the fire test is designed to test the fire resistance of the safes. And just like the testing procedure for anti-burglary protection, the fire test is also carried out according to clearly defined criteria.

The best-known and most rigorous fire test is the Braunschweig test carried out by Braunschweig University of Technology’s material testing institute for the building industry (MPA BS). This test comprises two parts: In the first part, the fire resistance test, the safe is heated to 1090 °C for one to two hours. During the test, the internal temperature is only permitted to increase by a certain number of degrees.

In the second part, known as the fire shock and drop test, the safe is placed inside a pre-heated oven and heated to 1090 °C for 30 minutes. While still at this temperature, it is then dropped from a height of 9.15 metres onto a gravel or ballast bed to simulate being thrown from the third floor of a burning building. The safe is then heated again to 840 °C and left to cool down.

For the entire duration of the fire test, which lasts a total of 24 hours, the internal temperature – starting at 20 °C – may only increase by 150 °C in the case of paper documents or 30 °C for disks and other electronic data carriers.

We will gladly advise you immediately & free of charge:

Give us a call!